The Grove at Crown Valley Pkwy 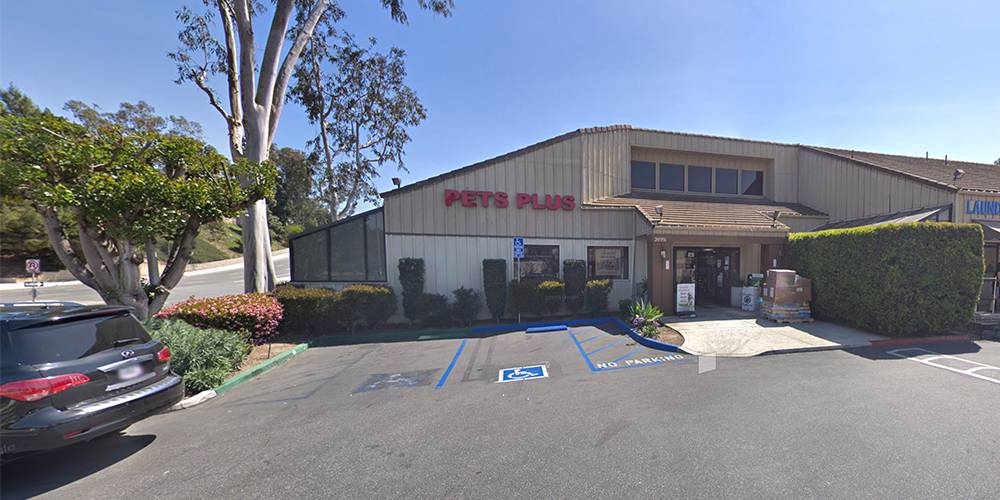 Dog Teeth Cleaning at Pets Plus in Laguna Niguel

Like all locations of the San Clemente-based, family-owned company, Pets Plus of Laguna Niguel offers a complete line of quality pet food and supplies.

It is located at 28991 Golden Lantern #D101 in The Grove at Laguna Niguel Shopping Center.

Just a half-mile from both the 405 Freeway and CA 73, the dog teeth cleaning clinics at Pets Plus of Laguna Niguel are easy to reach from both Aliso Viejo and Laguna Beach.

Free lot parking is plentiful for all Pets Plus customers.

Despite a massive population increase in the late 20th century, Laguna Niguel has maintained its natural, outdoorsy look and feel. This is thanks primarily to the 1959 town plan of Austrian architect Victor Gruen, which empasized dedicated parkland and open spaces.

This concept was prioritized in later expansions, resulting in over a third (33%) of all land in Laguna Niguel being public open space. The town plays host to 35 public parks, over 80 miles of hiking trails and borders nearly 35,000 acres of preserved wilderness.