Due to the extended effects of the economic re-opening, Pawfection Pet Salon's dental cleaning clinics have been temporarily suspended. We hope to resume service at this location in the near future.

In the meantime, please select one of the nearby clinic locations below.

The Ranch at Scripps Trail 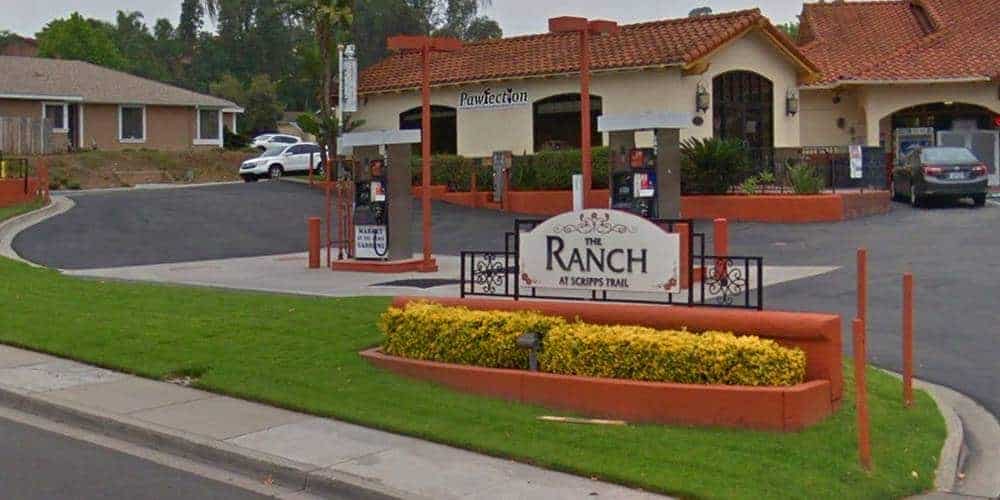 It is conveniently located at 10295 Scripps Trail in The Ranch at Scripps Trail shopping center. You will find it directly across from the Scripps Ranch Swim & Racquet Club.

Situated in the heart of Scripps Ranch, Pawfection is little more than a half-mile north of Pomerado Boulevard and about two and half miles from 15 freeway. It also is easy to reach from the Kearney Mesa or Tierrasanta areas.

Complimentary lot parking is available for all Pawfection customers.

Scripps Ranch and the neighboring Marine Corps Air Station Miramar once made up a larger estate called the Miramar Ranch, owned by 19th century newspaper tycoon E.W. Scripps. But many don't realize that Scripps' incredible success was a family affair.

E.W.'s older sister Ellen had considerable newspaper experience when she began advising, bankrolling, and later partnering with him in his quest to own a local newspaper in every major U.S. city.

The Scripps Institution for Oceanography in La Jolla is actually named for both of them, as they were founding members and provided 100% funding for the organization for the first decade of it's existence. And Scripps College in Claremont is named solely for Ellen, as she founded it in 1926, at the age of eighty-nine.