Qualified is proud to offer anesthesia-free dog dental cleaning clinics in downtown Los Angeles. Click on your preferred location below for more details. 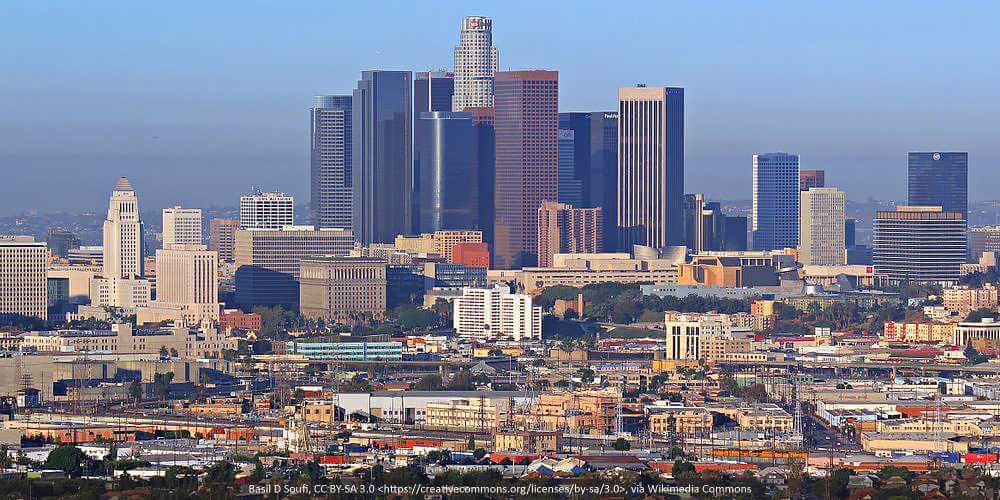 Downtown L.A. (DTLA) is the central business district of Los Angeles, California. It is home to approximately 85,000 people, yet supports over a half-million jobs.

From its early days as Pueblo de Los Angeles, the downtown area has always been a center of activity and development. Despite several geographically disparate business districts springing up over the years, downtown remains the hub for the cities governmental operations, public transportation system, and multiple local industries.

The downtown area covers just under six square miles, yet hosts fifteen distinct districts - each having its own style and flavor. Many of these districts serve as backdrops for Hollywood film and television productions, but none more than Civic Center and Bunker Hill, home to most of the towers that make up L.A.'s world-famous skyline.

After suffering decades of decline in the wake of post-war suburbanization, DTLA began a renewal in the early 2000s. Initially a haven for the starving artist community, the area saw increasing investment in revitalization efforts that has transformed large swaths of downtown.